Normally, when the Cathedral is open to tourists, anyone is free to take pictures for personal use. If you intend to use a tripod, please make sure it has rubber feet. You can take pictures from any of the public areas and hope you have many happy memories of your visit to our Church.

Please note however, we do not appreciate photographs being taken of our practice of Christian Worship. The clergy find it distracting, and all view it as disrespectful. 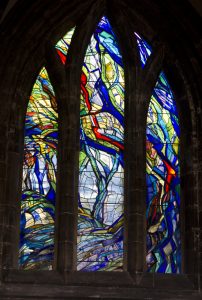 To those seeking historical information about family members who may and been Baptised, Married or  be buried in the Cathedral graveyard or area;

All Kirk records older than 50 years are required to be lodged with the Church of Scotland offices at 121 George Street, Edinburgh. At the time of the Reformation, all materials pertaining to the Cathedral’s life as a Catholic Church, were removed we believe, to France.

One source of information about the location of graves throughout the world is findagrave.com. This is not a recommendation, but we’ve had some success in using the site.

The Cathedral does not hold any records of those buried in the immediate Old and New Burial Grounds, however we can put you in touch with someone who can provide limited  research into family members interred. This is offered on a free, no guarantee basis. They may be contacted by using the Contact Form  and selecting “To request assistance on tracing ancestors” as the reason for contacting the Cathedral from the drop down menu.

The Glasgow Necropolis, which sits above the Cathedral but has no direct connection with the Cathedral.This burial ground was always intended to be interdenominational and the first burial in 1832 was that of a Jew, Joseph Levi, a jeweller. In 1833 the first Christian burial was of Elizabeth Miles, stepmother of the Superintendent, George Mylne.  Information on this may be obtained from the Friends of Glasgow Necropolis. 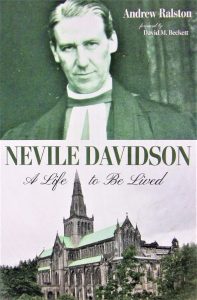 Dr. A. Nevile Davidson was minister of Glasgow Cathedral between 1935 and 1967. He was one of the most influential churchmen of his generation and served as Moderator of the General Assembly of the Church of Scotland in 1962. Early in his ministry at the Cathedral he founded the Society of Friends which was responsible for the renovation of the Cathedral’s interior, particularly the installation of new stained glass windows in the quire.

After the morning service on Sunday 3 November we will be holding a book launch event in the function suite in the Museum of Religious Life (opposite the Cathedral) when copies of the new book “Nevile Davidson: A Life to Be Lived” by Cathedral elder Andrew Ralston will be on sale.

Well-known for the dignified manner in which he carried out his public role, Nevile Davidson also had a sense of humour and this new book reveals a less familiar side of his personality. It makes extensive use of a hitherto unexplored source, the series of personal diaries kept by Nevile throughout his life and later gifted by his wife Peggy to the National Library of Scotland in Edinburgh.

Some of the illustrations in the book take the form of drawings by Cathedral elder Gregor Smith who is an accomplished artist.

The book has been published by Wipf & Stock, a publisher specialising in church history and theology, with whom an arrangement has been made allowing the Society of Friends of the Cathedral to purchase a stock of books at a discounted rate. The official retail price is £17 but copies will be available at the launch event at a special price of £9.99.  The author has waived the right to any royalties on book sales and all proceeds will go towards the work of the Society of Friends.

Copies will also be available by mail order from November onwards.  Please use our contact form for further details if you would like to buy a copy in this way.At the launch event we will also have a small selection of photographs and other documents on show which are certain to bring back memories for those who remember Dr. Davidson personally.

Join us after the morning service on Sunday 3 November from 12.30 pm onwards in the function suite of the Museum of Religious Life when refreshments will be served. 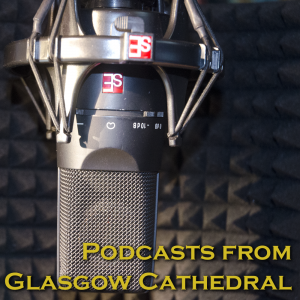 We are pleased to offer this new feature here on the Glasgow Cathedral website. Over the coming weeks and months we will record new audio podcasts. They are available here on our website, as well as via both the Apple Podcast app and using the Google Podcast app on Android devices. By using the apps, you can receive automatic notification of new episodes and programmes.

You can listen here on the website on this page.